I’ve posted about Northwest Pacific art before. I want to say more this time, and describe the construction of an eagle pendant in this style.

Northwest Pacific indigenous art focuses on animal imagery (occasionally humans). While I am not an expert, I know of no representation of inanimate objects. The artistic style focuses on creating an outline of an animal, and then creating the animal’s image with stylized geometric forms (mainly ovals, s-shaped curves, l-shaped curves, and u-shaped curves). I decided to create an eagle in silver.

The first step was to create the eagle’s outline. It is one mm thick, in silver clay. 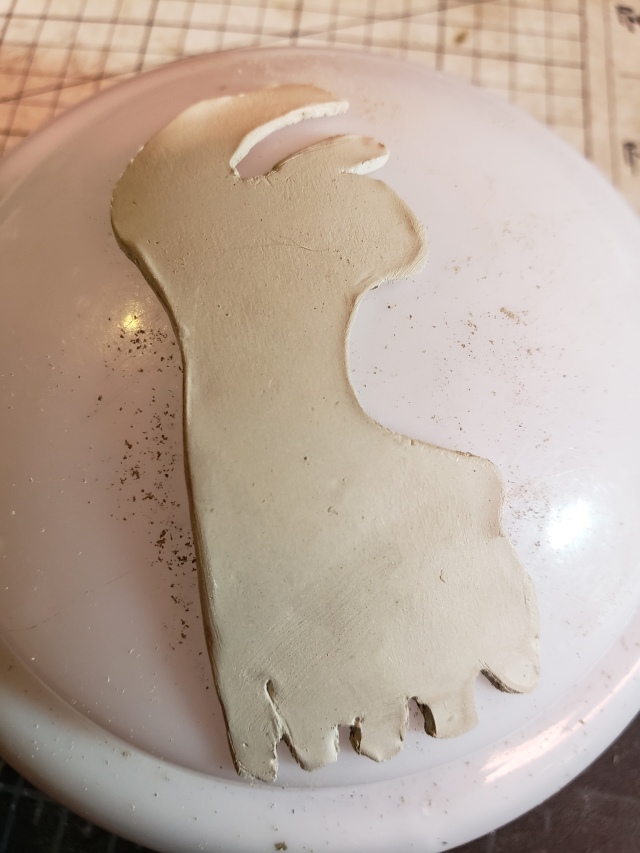 After creating the outline, I added details in the Northwest Pacific style.

Then more, refining the work as I went.

It still needed some more work, so I put more effort into polishing.

While it now had the Northwest Pacific look, I felt it needed more (there is a hidden bail behind the piece you can see). I added some rose gold to the feathers. I have discussed adding rose gold before. One fires, but does not brush, the silver. Then several layers of a paste of rose gold is added where you want to add highlights. The piece is then refired in charcoal. The firing schedule for rose gold is somewhat complicated, since rose gold is a gold-copper alloy. I have discussed that before, and so will not go over it again. However, after applying the rose gold paste (and before second firing), the piece looked like this:

After firing the rose gold, burnishing the gold, brushing the silver, it looked like this: 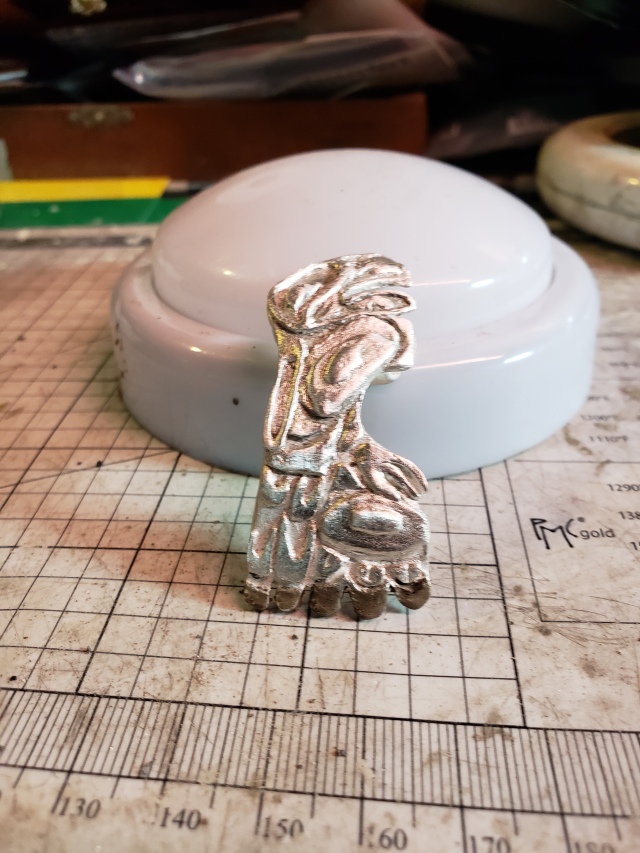 I was still somewhat unsatisfied with the piece. The silver had too many rough places on it that, while I could not see in greenware, I could see after it was fired.  To fix this, while being careful to protect the rose gold, I sanded the piece, using progressively finer grades of sandpaper. That did the trick! All that remained was doing a patina and adding a chain.

I did, and the completed work appears below. The coin is for scale.

Like the salmon I discussed earlier, Northwest Pacific art provides endless inspiration for metal clay artisans. I hope you, too, will choose to experiment with it.