The main use for metal clay is, of course, jewelry. However, one can use it for other purposes as well. This is particularly true with bronze and copper, which are relatively inexpensive.

A friend, who is a huge fan of the fiction of American horror writer H. P. Lovecraft, asked me to sculpt him a statue of Cthulhu, Lovecraft’s fictional ultra-powerful alien who has often been mistaken for a god. I carefully read the story in which Lovecraft introduced Cthulhu, titled ‘Call of Cthulhu’. An image of Cthulhu, of unspecified size but small enough to carry around in one hand, features prominently in the story. In that image, Cthulhu is seated, with arms and legs at rest — in other words, something not too hard to sculpt. I took that as my departure point.

I used copper clay because the figure would need quite a bit of clay. To do it justice, it needed to be 40-50 mm tall (it wound up, after firing, being 42 mm tall). I sculpted a hollow (to save clay) cube for the base. Then I added the figure, one feature at a time. Once I had the figure sculpted, I added texture by making a think paste of copper clay, dragging a paint brush through it until the brush was thoroughly loaded, and then dragging that over the figure. That gave it the sort of rough, primitive carving aspect the Lovecraft described in his story.

This was the largest piece I had ever fired. I let it fire an hour longer than the package directions, to make sure it sintered all the way through. It sintered! The heat had given the copper a vague purple patina. I chose not to polish or patina the figure further, since the purple look seemed to go with the image.

For benefit of those not familiar with H. P. Lovecraft’s work, Cthulhu, indeed, has three eyes on either side of his head.

You might not want a Cthulhu image. However, metal clay is not limited to jewelry. You can make anything that your imagination directs you to make, and that will fit in your kiln. 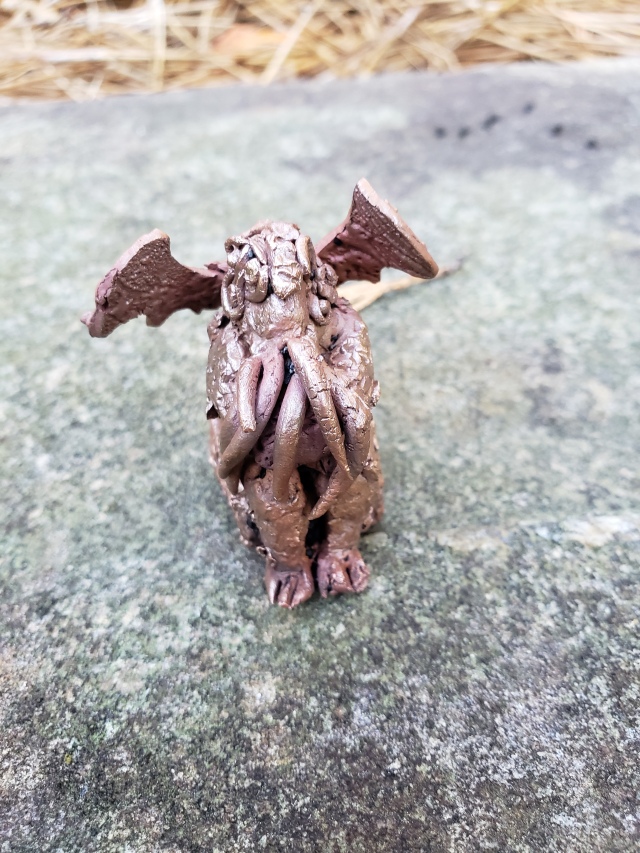 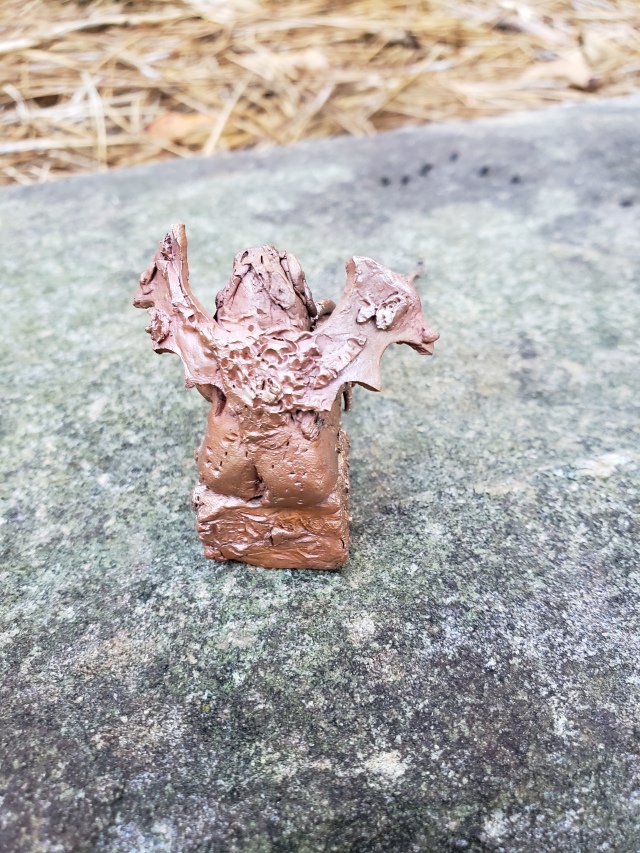