There’s nothing wrong with using texture sheets. I certainly use them. However, when you use a texture sheet, your pieces will have the exact same texture as many other people’s work. There are many ways to add texture to your work without using texture sheets, which makes your textures truly one-of-a-kind. I’m going to describe two of them.

As an example, I made a pendant with silver clay. I cut out a left shape, and placed a bezel cup in the middle. I used syringe to draw the veins of the leaf. After firing, brushing, tumbling, and patinaing, I added an amber stone to finish the piece. The coin is for scale. 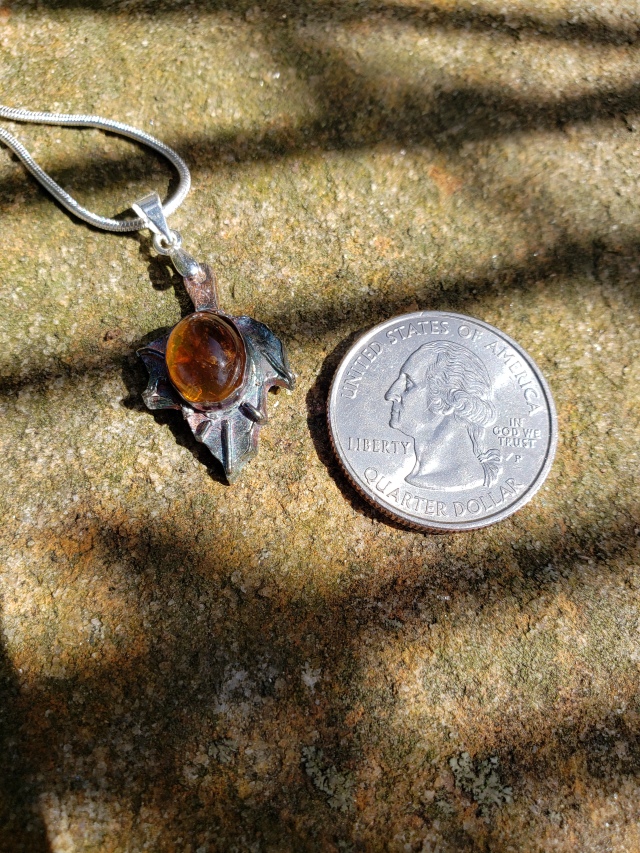 Another way to add unique texture is by slip dragging. While the clay is still wet, saturate a brush with slip. Drag the brush over the wet clay. The slip will stay behind in an interest rough texture. You can modify this texture, before the slip dries, by using a clay shaper. Don’t have a clay shaper? A toothpick will do the job too!

As an example, I made a pair of earrings with a bezel cup for stone. While the clay was still wet, I loaded a brush with slip, dragged it over the piece, shaped the slip with a clay shaper, and then let the earrings dry. I finished them as usual. I fired, brushed, tumbled, and patinated. Then I added two blue topazes. The finished pieces are below. The coin is for scale. 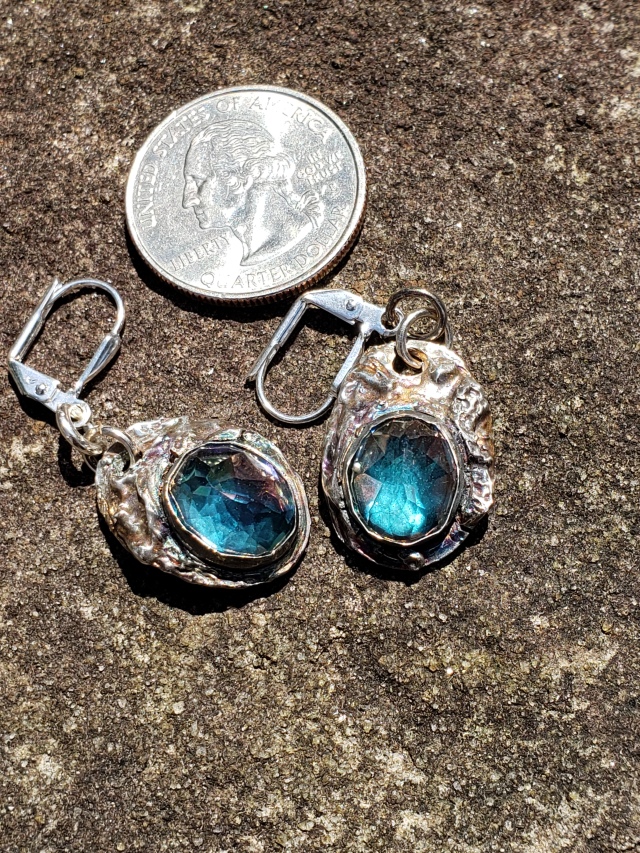 There are many ways of achieving texture — directly sculpting with clay shapers, using natural objects to make impressions in the clay, making molds from other objects. There’s nothing wrong with texture sheets. But there’s also nothing wrong with letting yourself experiment with textures that will be yours and no one elses!