TI was recently asked to make a pendant that was recognizably steampunk, that did not include gears, and was fairly small. I was only too happy to take up the challenge.

Other than gears, what imagery says ‘steampunk’? There are top hats and monocles, but I chose to not use those. Octopi are also common in steampunk iconography. I chose to focus on an octopus. I wanted to punch up my octopus with something that said ‘Victoriana’, but was not common. After looking through a great deal of historical images, it hit me — a pennyfarthing bicycle. Pennyfarthing bicycles had a large front wheel and a small rear wheel. That was a place to start. After thinking about it, I decided that I needed an octopus riding a pennyfarthing bicycle.

Historical pennyfarthing bicycles had the seat directly above the front wheel. I decided to move it back a bit, so the image would be less one-sided. I also decided to make the wheel sizes a bit less different than they were historically, so the rear wheel would not be too small to see. The first step was to make a background of silver clay and add wheels. 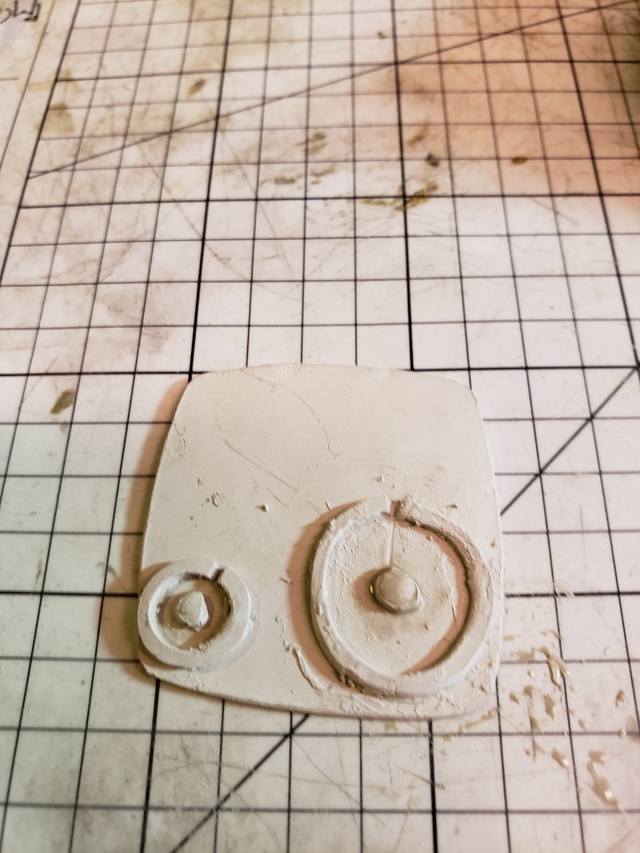 Of course this is greenware, and will need considerable clean-up before it is finished. Following this, I made the rest of the bicycle. The frame and handlebars were rolled snakes. The seat was made from a bit of clay shaped using a clay shaper.

The octopus body was made by embossing (roll out clay, cover the clay with plastic wrap, put a template atop the plastic wrap, push the template down, trim off the excess) an ellipse. I made the eye by embossing a circle, punching a depression in the middle, and using a rolled snake of clay for the pupil. I gave the octopus body some texture by stippling with a piece of wire.

Tentacles could be made of rolled snakes that were thick on one end and thin on the other. How to incorporate eight tentacles was a challenge. My solution was two tentacles on each pedal (making sure the ones behind the bicycle line up), two for the handlebars, and two waving wildly.

Now it was time to do final clean-up of greenware. All the little dings and irregularities could be filed away, filled in with syringe, or smoothed away by (gently) using a damp make-up applicator.

Once that was done, I added a bale and put my maker’s mark on the back. If you don’t have a maker’s mark, I suggest you create one. It is a way to sign your pieces so they can be recognized as your work. You can either make your mark something easy to carve (like I did) or you can have a stamp made of it. 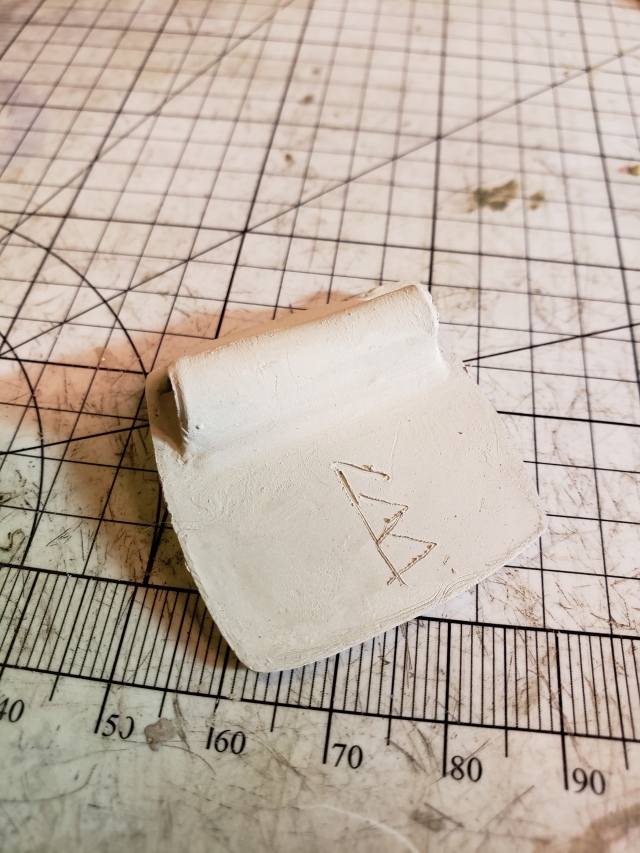 The piece was then fired, brushed, tumbled, and patinaed. I chose a very light patina. The coin is for scale. 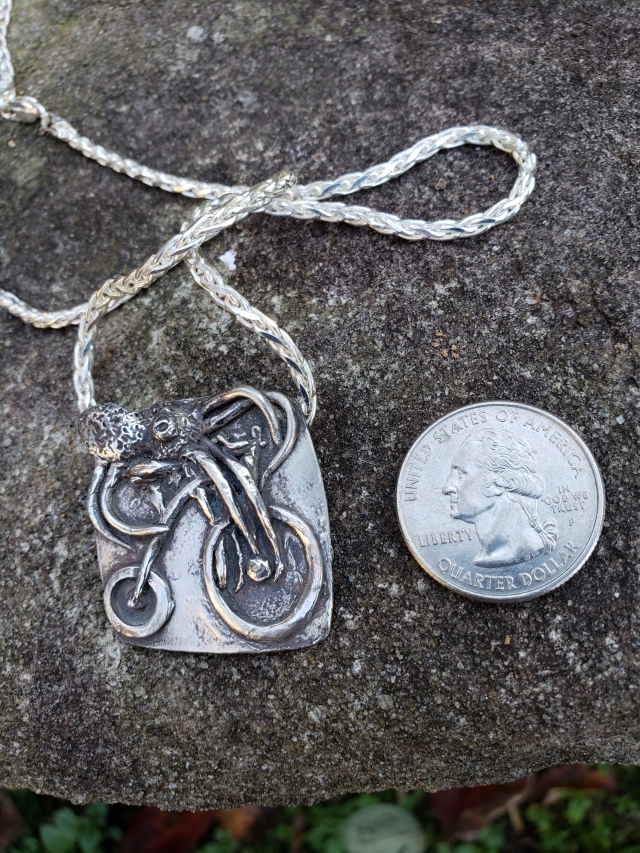 I titled this piece ‘The League of Octopus Wheelmen’, ‘wheelman’ being a Victorian term for bicyclist. 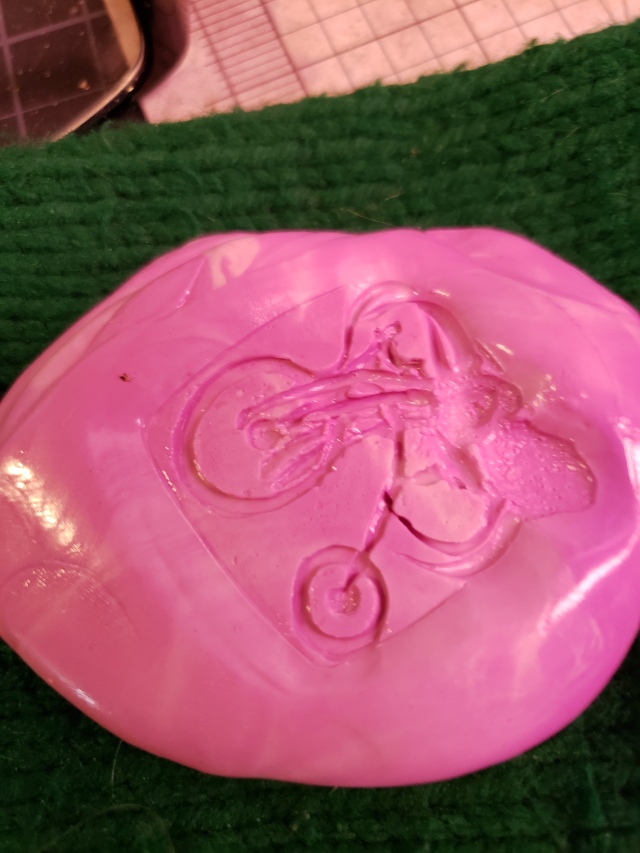 I have not yet made brass copies for sale, but I intend to do so.

When one designs jewelry for a specific market niche (like steampunk), one needs to stay within the confines of that market’s imagery. However, the more original one can be, the less competition one will have. When designing for a particular market niche, I encourage you to think creatively. It will help you sell and create a striking piece.